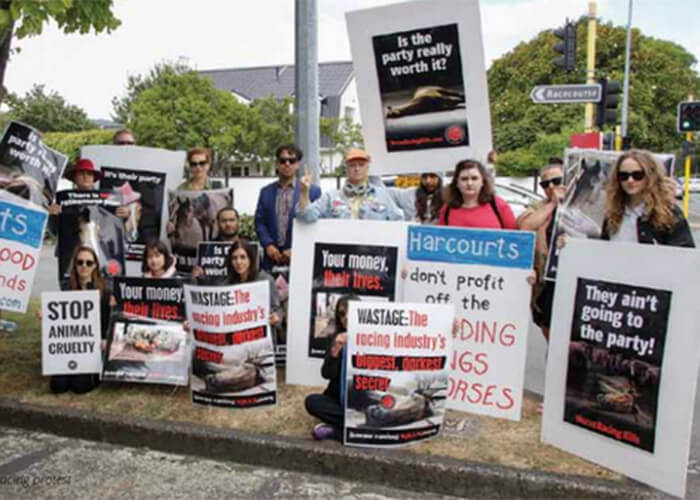 Helping Others Stick it Out

Emma Gorowski is an advisor at Wellington’s Kāinga Ora, the Crown agency for public housing and urban development, who has recently stepped up her contribution to the plant-based cause by becoming a vegan mentor.

As is the case for many of us, Emma Gorowski’s journey to veganism began due to health concerns. When she started to develop problems with gallstones she was advised to cut back on dietary cholesterol as a means of managing the digestive issue. This led to her becoming vegetarian in 2015.

“I wanted to cut down on the amount of dairy in my diet too, and through looking up recipes I came across information about the ethical side of veganism and what happens to animals to produce dairy, eggs, etc.” she recalls. “Almost right away I realised that the vegans were right and we shouldn’t be consuming these products.”

She began to cut more and more animal products out of her diet over time, but didn’t yet feel confident enough to self-identify as vegan or to speak to others about her ambitions to become so. “Then I read a book, Bury the Chains by Adam Hochschild, about the struggle to abolish the slave trade in Britain, and was so inspired by everything these activists did for their cause, in much more difficult circumstances than mine, that I knew I had to finally commit to veganism.”

Many of us started down the path of veganism because we were lucky enough to have someone in our whānau or community to inspire us and lead the way. But for those who decide to make the change in isolation, starting out can often be a lonely trek. “Unfortunately none of my family are vegan… yet,” says Emma. “They’re all very accepting but I think my
husband is the only one who truly understands why I’m vegan. I’d love it if I could talk to the others about it more without them feeling like I’m trying to convert them.”

Convincing those we have known the longest to change can be a challenge that feels almost impossible, so Emma has found it helpful to seek out
other like minded people who share her passion. She prefers to direct her advocacy activities towards people outside her personal circle, though that doesn’t mean her family has completely slipped from her crosshair.
“It’s the most frustrating that my mum hasn’t gone vegan or vegetarian, as she feels more guilty about eating animals than I did — she needs to take the 21 Day Challenge!”

And Emma is very qualified to speak of the benefits of the Vegan Society of Aotearoa New Zealand’s 21 Day Easy Vegan Challenge, as she is part of the team of mentors who help participants with any questions or problems they might be experiencing. The mentor team is essential in keeping people motivated and happy on their 21-day journey.

“It seemed like the challenge could be an easy way to help people going vegan, people that were already headed in the right direction and had an open mind, but just needed a bit of support. I spend so much time on my phone anyway, I figured why not do something to help people make choices that are kinder to the animals!

“Many people talk about not having much time to get involved in activism, or not wanting to do face-to-face activism, so being a 21 Day Challenge mentor is a way to help out that doesn’t need to take a lot of time and can be done from your couch.”

As well as answering questions, Emma helps with posts that provide information to participants on veganism or nutrition, or set them a challenge to try a new ingredient. It’s work that she can do on her own schedule, as each mentor can choose what times they are active in the group.

“We know that a lot of people try being vegan and give up, so if we can help make it easier for them and give them the knowledge and tools to succeed, that’s a really rewarding thing to be involved with!”

Beyond mentoring the 21 Day Easy Vegan Challenge, Emma has also been getting involved with Make the Connection outreach events, where the public is shown the conditions under which animal products are produced in New Zealand and are invited to chat on the matter.

She has also just started up a YouTube channel (just search for Emma Gorowski) with videos about animal rights, vegan recipes and travelling as a vegan.
“Something I really want to talk about is how to start getting involved with activism, as I know there are many people who want to but are nervous about it or are suffering from poor mental health, as I had been for many years. But doing activism has been so beneficial for me, and I think there’s a form to suit everyone who wants to do it.”

With a few years of veganism under her belt, Emma is loving the way it feels to be living in alignment with her values and being part of an important social justice movement.
“I’ve also noticed since I went vegan I enjoy interacting with animals even more than I already did. It’s almost like before there was an unconscious feeling of guilt or superiority that undermined everything a bit.”

If you or someone you know might like to try the 21 Day
Easy Vegan Challenge and be mentored by wonderful
people like Emma, head to tryvegan.org.nz today. 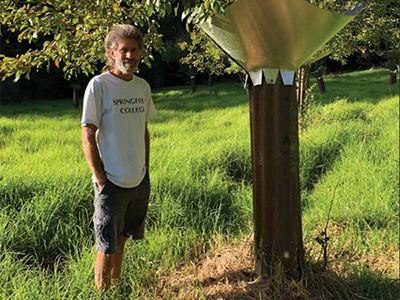 Vegan Artists of Whangarei 22 May 2021 The Vegan Society Ian Duffield explores the artistic emminations of the North, speaking to artists …