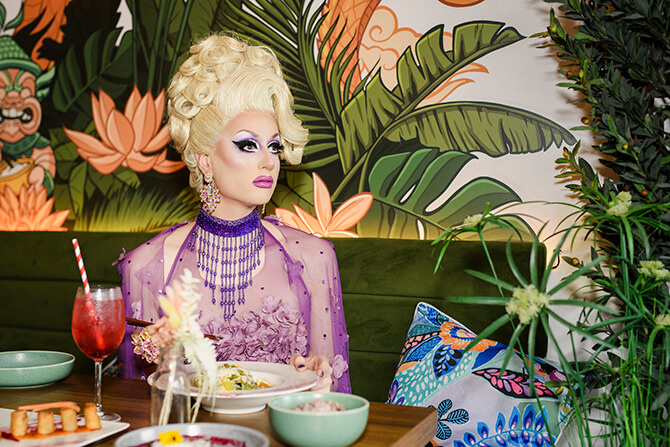 Plant-based drag queen Miss Geena talks growing up in rural New Zealand, finding self-expression through drag, and the best place to get a vegan feed once the clubs close.

Miss Geena moves with a smooth confidence as she walks down Auckland’s Ponsonby Road, her beautiful purple dress a beguiling mix of sheer and frill. Towering hair glitters with gems and elaborate jewellery drips from various perches about her sleek frame. She’s the very picture of natural poise and control as she heads towards stylish vegan Thai restaurant, Khu Khu … until a bunch of local dogs come scampering up. In that moment, Miss Geena transforms from a picture of painted perfection to someone for whom slobbery doggie cuddles are the most important thing in the world.

Though she is fierce, she is kind.

Miss Geena is a 32-year-old transgender artist who performs drag in Tāmaki Makaurau (Auckland). She works as a host and showgirl at the legendary Caluzzi Cabaret club on Karangahape Road, has performed at Pride festivals all over Aotearoa, and appeared in the TVNZ television series House of Drag.

And, since the beginning of 2020, she’s also been living her best plant-based life.

Growing up in small-town New Zealand with a butcher for a father, their beginnings might not be the obvious starting point for a vegan drag queen, but even as a child, Geena knew they were different.

“From a really young age, I remember always dressing up in front of the mirror, dancing around, singing songs, just imagining myself as a female pop star,” they say. “I always dreamed of being on stage and performing, hearing the applause.”

By the age of 19, Geena was ready to move from home in Whakatane to the “big smoke” of Aotearoa’s largest city to pursue that applause. Living independently amongst a diverse population with far greater creative opportunities, Geena was on the path to discover authentic ways of expressing identity — although embracing drag, transitioning, and the birth of Miss Geena was still a few years away.

“I first met drag queens on Karangahape Road when I was about 20. I had already been performing for a while, releasing my own songs under the male-identified stage name, Patty Boy. I created Patty Boy as a camp feminine persona where I could get away with doing things I couldn’t do as myself.

“That was a gateway into drag, creating an alter ego and performing my own music.”

In time, propelled in part by the global success of RuPaul’s Drag Race, drag became a higher profile artform and more realistic career option. And so, at the age of 24, Geena became a drag queen.

In drag, many artists create for themselves a drag persona. This persona will generally present themselves differently to how an artist presents out of drag, will often have a different name, and may use different gender pronouns.

Miss Geena is Geena’s drag persona. Miss Geena is a woman who uses the pronouns she/her. Geena is a non-binary person and uses the prounouns they/them. While many artists construct a drag persona that is drastically different from who they are out of drag, Geena sees the Miss Geena persona as an expression of herself — just a bit more fabulous and confident.

“In a way, drag helped me come out of my own closet, which was to do with my gender dysphoria. At the beginning, I was still identifying as a male that did drag. Then, a year into drag, I realised I was transgender, so over time the drag and out-of-drag kind of blended into one.”

Starting out in drag, Geena received advice from the drama school way of thinking — treat your drag persona like a character study. Come up with aspects of the character — their favourite food, favourite colour, etc. — so while you’re out and about, you always have a character to play. It was solid advice that has worked for many, but for Geena, keeping the persona so separate just didn’t feel right.

“I tried to do that for a little while, but realised I didn’t enjoy the fake side of it. I just wanted to express myself and be me.”

Discovering the Miss Geena persona took a number of years and considerable soul searching, but Geena’s journey to veganism was much more of an overnight affair.

As the child of a butcher, meat had always played a large, normalised part of Geena’s family meals, and their aunty was the only vegetarian they’d met before moving to Auckland. But by January 2020, through the grace of a few Netflix documentaries, Geena began to question what went into their body and what those choices were doing to the earth. At that point in time, Miss Geena was facing down her biggest Pride Month to date, with many live shows lined up.

“I had put on a bit of meat, no pun intended, and I didn’t want to have to corset and sing live. So my main inspiration to go plant-based was just to become healthier and lose weight.”

Cutting out fatty foods like meat and dairy did the trick and, when the first lockdown hit following Pride Month, Geena was so happy with how they were feeling, they decided to continue on the path. And as with many who walk that path, what starts as a ‘diet’ becomes a new way of thinking and form of political participation.

Drag and veganism have enjoyed a complementary relationship, with both gaining mainstream recognition in a similar timeframe. Many international drag stars, such as the UK’s Bimini Bon-Boulash, Australia’s Courtney Act, as well as Drag Race judge Michelle Visage, are not shy about their veganism. Geena says this makes sense, as drag has always been politically engaged, and not just in terms of veganism.

“I’d say that drag, at its core, is activism. Drag is a political statement. I believe when you get a platform like this, you should use it for things that matter to you and matter to society.”

And Miss Geena walks her talk. A plant-based practice makes her a great role model for health, environmentalism, and reducing animal suffering, but she also uses her drag performances to support causes like the Black Lives Matter movement, with a particular focus on advocating for trans people of colour.

Miss Geena’s biggest political impact, however, may just have come from a rendition of Woman’s World by Cher that featured soundbites from Jacinda Ardern. She knows for a fact Jacinda’s partner, Clarke Gayford, saw the number and also suspects it might have influenced the forming of 2017’s coalition government:

“I’m pretty sure Winston was persuaded to go with Jacinda after seeing the show,” Geena says with a laugh.

Come to the show

The drag scene in Aotearoa is growing and, with international attention from TV’s RuPaul’s Drag Race Down Under, shows no signs of slowing. It certainly doesn’t hurt that the show’s winner, Kita Mean, happened to be one of three Kiwis to compete in the Australiasian competition.

In fact, all three competitors from Aotearoa (including Anita Wigl’it and Elektra Shock) happen to work at Caluzzi Cabaret, alongside Miss Geena. There is a real feeling of support and sisterhood in the local drag scene, Geena explains.

“I’ve had so many drag sisters over the years that have taught me things. Kita Mean and Anita Wigl’it have given me so many opportunities with drag. I think of them as my older, not-as-pretty drag sisters.”

To anyone who has yet to experience the thrill of a live drag show, Geena has some straightforward advice — “Do it!”

Not only is drag an artform of unbridled creativity, but it also does the important work of breaking down gender norms and inviting self-expression. And it might come in any form; singing, stand up comedy, acrobatics, anything goes.

“Support your local drag artists by getting tickets — we’ll do the rest,” Geena enthuses.

As a trans woman, Geena says finding work can be hard. They’ve been bullied and fired from jobs in the past simply for existing. So, asked what they are looking forward to in the future, Geena says a career that they love and that supports good mental health already gives them so much happiness.

“I just want to have an enjoyable, sustainable career. I’m blessed with being able to do what I love.” 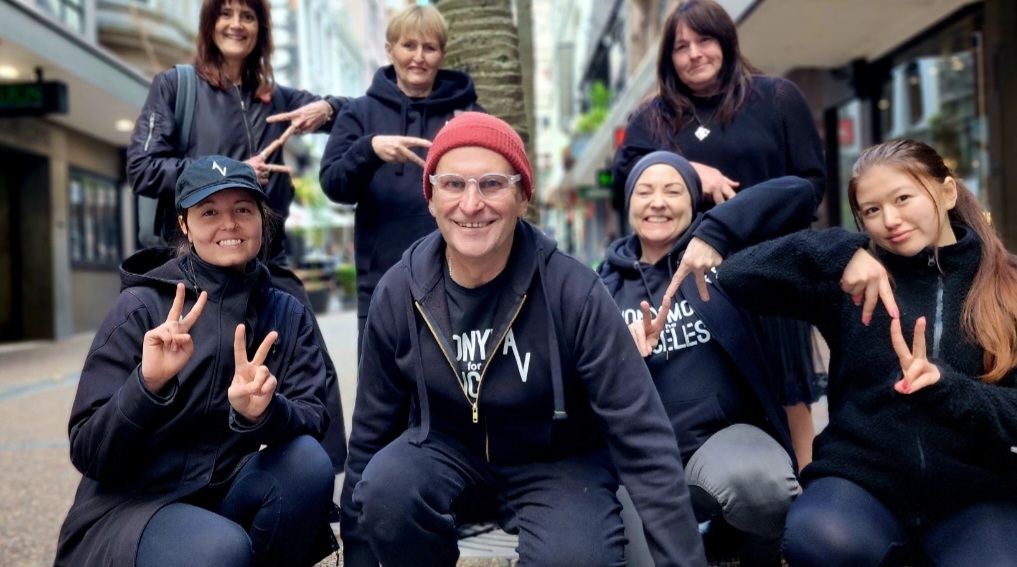 Everyday Vegan: Deno Stock The Agitator When it comes to standing up to industries that hurt and exploit animals, activist Deno Stock … 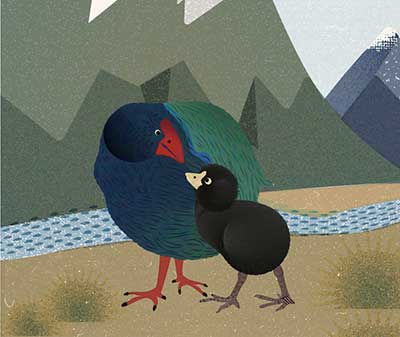 The Politics of Love

The Politics of Love: Imagining a Better World Philip McKibbin is a writer from Aotearoa New Zealand, of Pākehā and Māori (Kāi … 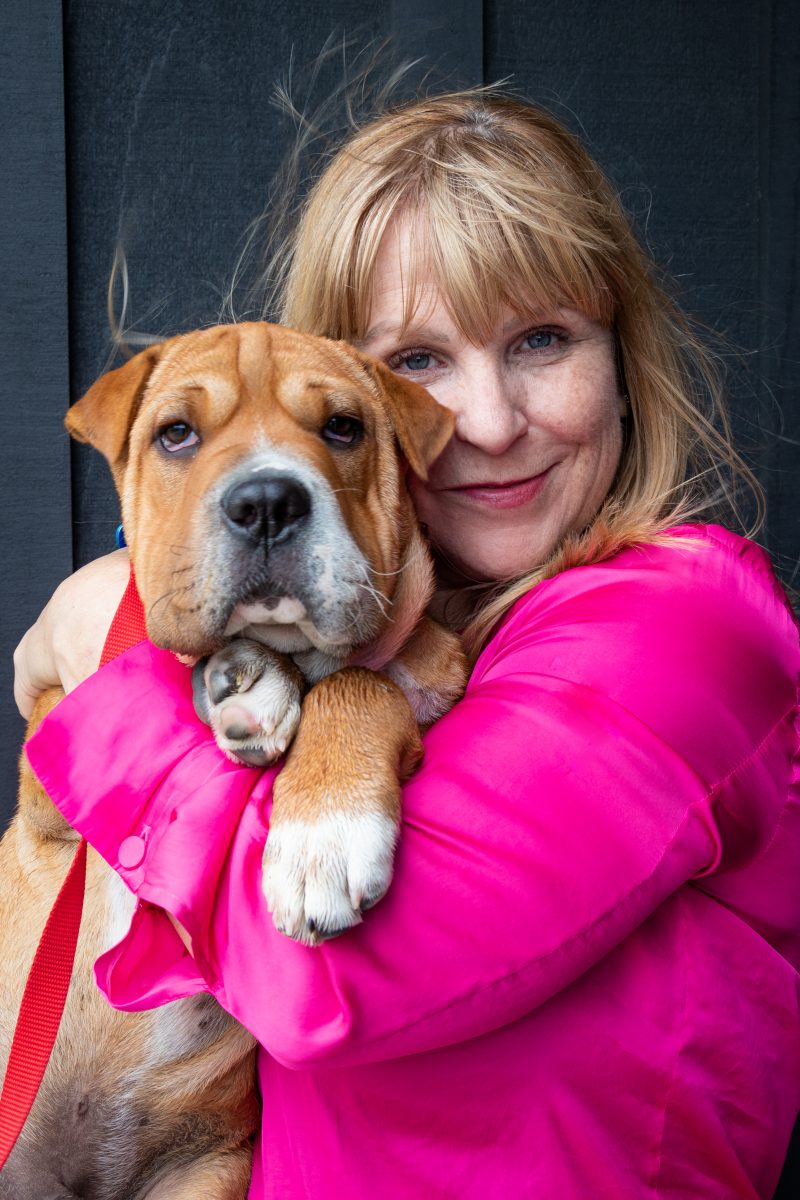