Veganism in New Zealand is now twice as popular as it was just five years ago! Google trends has shown clearly the rise in interest in veganism globally over the years. This article from Chef’s Pencil shows how interest in veganism continues to grow worldwide and especially in countries with a traditional base in meat and dairy.

There have been so many plant-based start ups, printed meat, cell culture technology and just simple good vegan cooking have all made their mark. Last year New Zealand ranked 3rd in the world for global interest in veganism, a huge surprise in itself and you would be forgiven for thinking that the slip to 5th was people rushing back to eat meat. However it simply reflects that Israel and Austria have overtaken NZ in the popularity stakes. Within New Zealand itself, interest in veganism remains high as people find that meat and dairy alternatives are just as tasty.

It should come as no surprise that the aftermath of the Covid pandemic has increased the popularity of veganism. Studies show clear linkage between animal agriculture and pandemics, many slaughterhouses and butcheries have been affected and closed down all over the world due to the virus. Combine that with the ever foreboding climate change and the reasons for going vegan just keep increasing. As study after study shows that we must eat more plant-based in order to be sustainable.

Worldwide and in New Zealand vegan eateries have been able to thrive as people become more aware of how their food is produced. The future generations are seeing the destruction caused by animal agriculture, observing the Amazonian fires burning to grow soy to feed beef cattle, seeing how wildlife has been reduced by nearly 70% over the last 50 years, in the main to make way for land to feed animals to feed humans. It is becoming increasingly clear that our current lifestyle is not sustainable and choosing a different thing to eat is the easiest action an individual can take to mitigate climate change and use our precious resources wisely.

“It is heartening to see that so many people are becoming interested in veganism, whether for their own health, because they care about animals or they are concerned about the planet. It is clear that reducing our consumption of animal products is good for us, good for the environment and really good for the animals.” said Vegan Society spokesperson Claire Insley, “For too long we have over consumed animal proteins to the detriment of the planet and now our children’s future is in jeopardy. If we want to ensure a sustainable world for our children and grandchildren we must turn more to plant-based foods. They have really come a long way in the last five years and are set to continue and increase in popularity”.

Cities in New Zealand where veganism is rising are Dunedin, Wellington, and Nelson, while it remains very strong in Christchurch and Auckland. More companies are offering vegan options than ever before, including the large fast food chains such as KFC, Burger King and Domino’s. Even McDonald’s have vegan burgers in other countries!

Terms of Use I am hereby informed and aware that my participation in the 21 Day Challenge Group, including all content published … 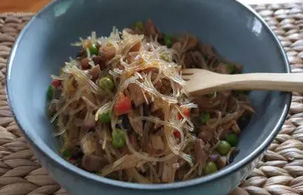 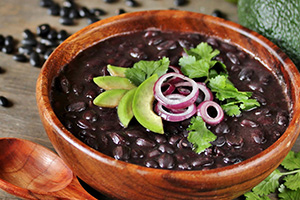