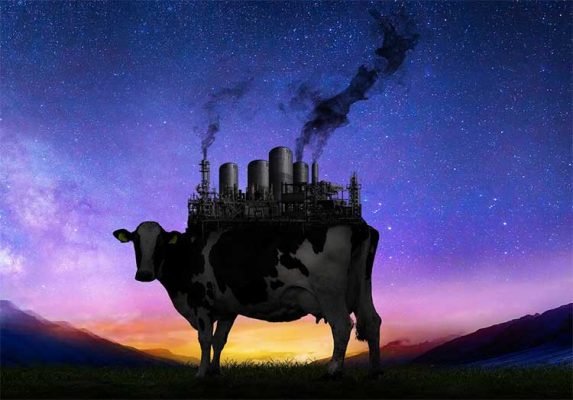 A new local documentary is standing up to Aotearoa’s largest company and the devastation it has wrought in pursuit of profit. Film director Amy Taylor talks to Jackie Norman and Adrian Hatwell about her incendiary new release, MILKED.

It wasn’t clear if the annual New Zealand International Film Festival would go ahead this year due to Covid restrictions, but thankfully the event was mostly able to survive these trying times, although Auckland — the largest lef of the festival — had to be cancelled. Filmgoing vegans through the rest of the country, however, were able to get their first glimpse of MILKED, an incisive new documentary examining the truth behind the marketing of the New Zealand dairy industry.

Directed by documentary filmmaker Amy Taylor, the film follows animal activist Chris Huriwai (who readers will know from previous issues of New Zealand Vegan, in which he shared the importance of his te reo Māori journey) as he travels the country, witnessing the impacts of intensive dairying and talking with those involved and impacted by the process.

Amy described the film as a blend of “Cowspiracy and What the Health but with a focus on dairy”. Taking inspiration from those investigations, Chris embarks on a quest to engage the corporate heads at Fonterra, the biggest dairy company in the world, in open dialogue about their intensive dairy practices that seem at odds with the “clean and green” branding it promotes.

“The thing that struck me the most was the amount of destruction and devastation that goes on in the industry for something that is not even needed,” says Amy of the real cost of milk. “It’s pitched to us as being essential, but it’s totally not. It’s mostly harmful.”

The film delves into a range of issues, including the environmental impact of the industry, it’s huge contributions to greenhouse gas emissions, cruel animal practices, detrimental health effects, and the unfair system that has been built around it all. What the film is very careful not to do, however, is demonise the farmers, many who are just as much victims of the situation as anyone else.

“We’re not trashing them at all, and we’re pointing out that it’s the system that’s not working, and the industry leaders who are at fault. Many farmers have been born into the industry and it’s all they know, and they need help to get out of it.”

The film does a masterful job of racking up all the red the dairy industry has in its column, but it is also just as interested in searching for alternatives and solutions. The sacrifice and passion of those working to change things is another of the film’s key tenets.

“The thing that stayed with me was the hope,” Amy says of wrapping the years-long project. “It’s the hope and the fact that Aotearoa New Zealand can be so much better. There’s so much more we can do, it’s just a matter of shifting that direction.”

MILKED is here to help with that shift and, judging by the early reactions of those who had a chance to see it at the Film Festival, it is doing a marvelous job. Attendees of some screenings were also treated to a question-and-answer session with Chris and Suzy Amis Cameron, an executive producer of the film and wife of Hollywood director James Cameron. Amy herself finds it difficult to watch the film herself, after spending so long working on it, but says it is very satisfying to finally be getting the message out.

“We’ve had really positive feedback about the film, including from some farmers, and one person thanked us with tears in his eyes, which was really moving. The best feedback is that it makes people feel hopeful.”

One reaction Amy is still eagerly waiting on is that of Fonterra, which has so far been “spookily quiet” about the film.

“We’re thinking about finding out if they’d like to have a private screening with us, along with Dairy NZ. We hope they’ll be open-minded enough to watch it and talk about the issues we’ve raised, without defaulting to their industry propaganda again.”

Then there is the mainstream media reaction, which has by and large been positive, with the exception of a rather unsympathetic review in the nationwide news service, NewsHub. In it the reviewer, entertainment writer Daniel Rutledge, takes a number of vague swipes at the documentary’s authenticity and accuracy, with little to back up his own claims. We thought it only fair Amy had the chance to respond..

One point the review takes umbrage with is the use of “recycled old animal cruelty videos” that he decided add little to the film’s “main message”. From the start, this is an odd claim, because MILKED shows very little in the way of shocking footage compared to similar films (and not a frame of “abattoir footage”, despite what the review inaccurately claims), as the filmmakers wanted it to be appropriate for a mainstream audience. Or, as Amy puts it, they could have gone “way more hardcore with it”.

“The ‘animal cruelty videos’ are as relevant now as ever, so they are an important part of the film’s message,” Amy insists. “They’re an example of some of the cruelty that has been recorded by Farmwatch, and also highlight the difficult work done by undercover organisations… Saying it’s recycled old footage seems like an attempt to distract from the main fact that around two million newborn calves are killed every year.”

Another issue the review had with the film was it’s “eyebrow-raising health claims”, which he doesn’t bother detail, and its linking of stress in the dairy industry with suicides in the farming community. The review suggests these claims are “not backed up as well” as other points the film makes, which may be fair, given Rutledge’s own admission that it is an “extremely sensitive subject”. Sadly, just because a film about dairy didn’t claim the expertise to document the complex factors that contribute to suicidal ideation, does not mean the facts don’t paint a sobering picture.

“In regards to farmer suicides, the farming sector has the second highest rate of suicide in the country, the statistic of 167 farmers over 10 years is from an Official Information Act request,” explains Amy. “The two farmers we interviewed voluntarily talked about this issue, so it is obviously something that needed to be included in the film.”

In the end, Amy is happy to wear the subjective criticisms of reviews, as any creator must, but she takes issue when her hard work to document clear evidence of an industry taking far too large a toll on this land is called into question without merit.

“It seems strange to me that he was trying so hard to paint an overall bad picture of the film, without having much to legitimately accuse us of, other than some stylistic elements he didn’t like.”

Luckily, such uncharitable reactions have been few and far between by those who have had the chance to view the film. And for those that haven’t, fear not, Amy has big plans for more screenings of MILKED throughout the country, including Auckland this time, as well as working towards securing a digital release, so it can be watched the world over.

“It’s a difficult time for documentary filmmakers right now, with big platforms like Netflix preferring their own branded original content, but we’ll find a way,” says the upbeat director.

Considering the creativity and hustle plainly evidenced in MILKED, we don’t doubt her for a second. 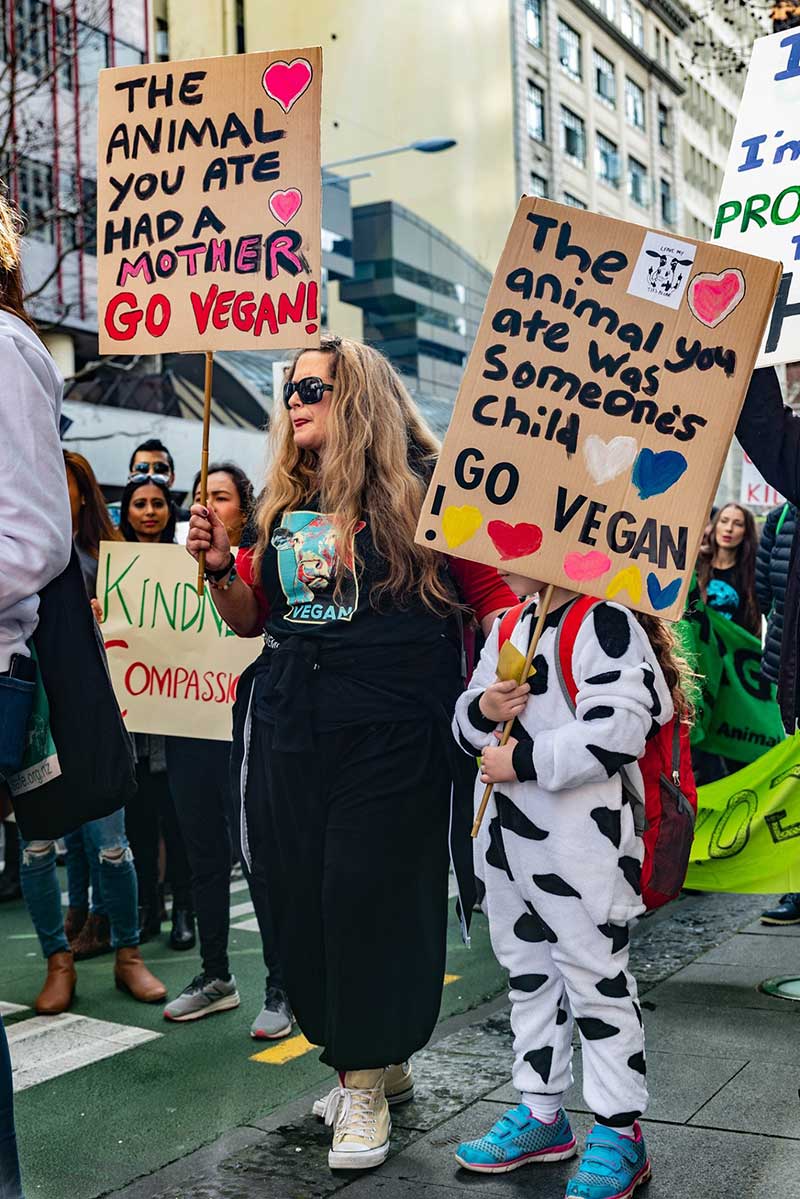 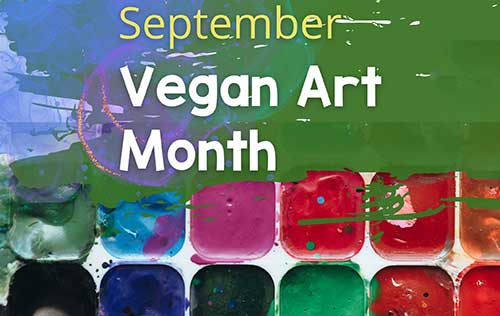 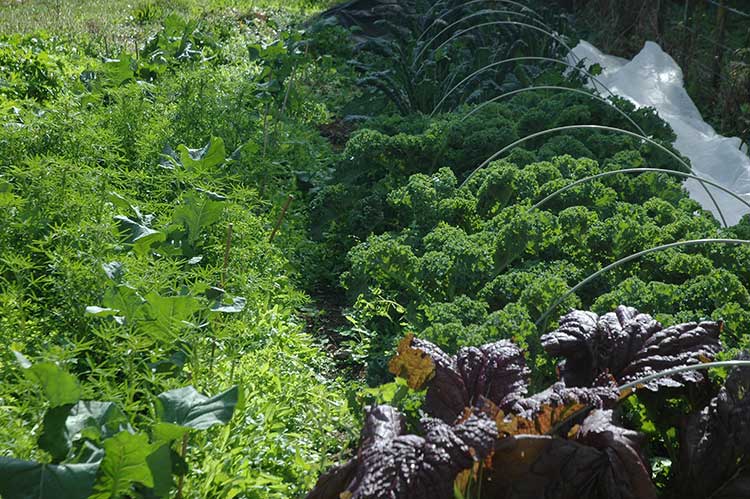 The Vegan Patch – Celebrate the Cruciferous

The Vegan Patch – Celebrate the Cruciferous Superstar veganic gardener, Sarah Oliver, lays down her tips for those looking to grow their …