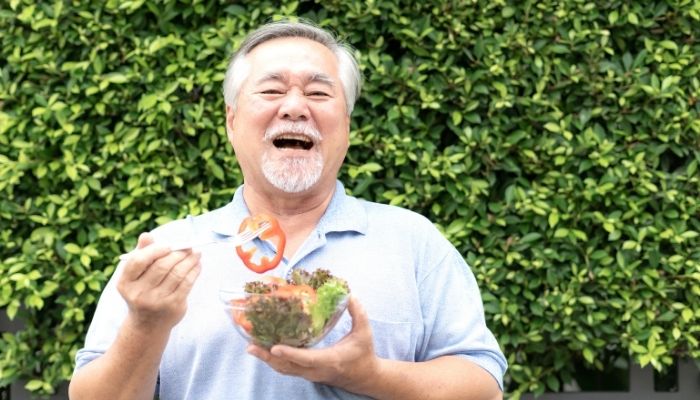 WHY DOES MEAT STILL MAKETH THE MAN?

Meat-eating and masculinity remain inextricably linked in the New Zealanders psyche, a survey of 1,000 people has revealed, which could be making it difficult for men to feel comfortable exploring a healthier and more environmentally-sound diet, experts warn.

The study, commissioned by non-for-profit No Meat May ahead of its expected record-breaking year of participation, surveyed 1,000 New Zealand adults in March 2021. It revealed that the more meat a diet contained, the more masculine it was perceived to be by both male and female respondents. It found that 54 per cent of people still saw eating meat as a masculine undertaking, as opposed to something gender neutral or feminine.

“What was perhaps most shocking, was that 69 percent of male respondents said they’d rather reduce their life expectancy by up to 10 years than give up eating meat, with 70% of men not convinced of the health benefits of a meat-free diet, despite the mounting evidence to the contrary,” No Meat May co-founder, Ryan Alexander said of the results.

“Significant research over many years has shown that eating meat and other animal products increases the risk of developing certain cancers, heart disease, obesity and having a reduced life expectancy, not to mention being one of the biggest contributors to global warming and the destruction of our environment.  Yet our survey alarmingly shows that New Zealand men are either not aware of any of these facts, don’t believe them, or simply don’t care,” he said.

That’s why this year the Australian-founded not-for-profit is targeting men and those who prefer to identity with masculine qualities.

“Up until 2013, I was a heavy meat eater I grew up with the same media and community messages that real men clogged their arteries with meaty saturated fat and should enjoy nothing more than guzzling a baby animal leg down at meal-time,” said Alexander.  “New Zealand men are still being fed a lie that meat eating makes them more masculine, when in reality, what’s more masculine than protecting the planet, sparing innocent lives and ensuring you live a long and healthy life for the people you love?”

No Meat May, challenges people around the world to eliminate meat from their diets for 31 days for health, environmental and social reasons, providing them with free support, tools, and an inclusive community to test out a meat-free or plant-based lifestyle for the month of May.

This year, more than 100,000 people are expected to take part in the campaign globally, yet 90 percent of past No Meat May participants have been women, emphasising this major disparity between the genders in their attitudes towards adopting a diet with less or no meat.

The No Meat May survey showed that:

“We reckon it’s time to step up and reject outdated and damaging gender stereotypes around food. It’s never been easier to give up meat and whether you’re giving up for a month, or looking to make a long-term change, No Meat May is here to provide that safe stepping-stone, evidence-based information and a tonne of food inspiration to help you along the way.”

As the world grows increasingly curious about plant-based eating, No Meat May has experienced exponential growth since it kicked off in 2013, when Ryan and his partner challenged 30 of their friends to ditch meat for a month. Recognising that most people change incrementally over time, the movement was engineered from the outset to be educational, supportive and non-judgemental.

“More than 90 percent of past No Meat May participants go on to reduce or eliminate meat all together, but even those that go back to eating meat are still making a difference to their health, animal welfare and the environment by just taking that one month off.”

Whilst meat has traditionally been perceived as being macho and necessary for human growth and health, the science over many years has conclusively proven otherwise. Higher meat intake is strongly associated with increased heart and stroke disease, diabetes, cancers, especially bowel cancer, and many other of our main Western diseases.

The macho question is firmly put to rest too; increased saturated fat (found even in lean meat) and other inflammatory constituents of meat contribute to clogged arteries which is a common cause of erectile dysfunction. This is something I see very often in my work with middle and older age men. Plant based diets contain numerous anti inflammatory and artery opening compounds which prevent this.

Whilst we undoubtedly ate meat to survive, there is no need to eat it nowadays, as millions of healthy vegetarians and vegans confirm. In fact there are several studies, such as the Adventist Health Studies, demonstrating much better health outcomes, the more plant based your diet is.

Farmed animals, who are where most of NZ’s meat comes from, have much higher saturated fat levels than the wild animals which we evolved to eat. Thus they contribute to our terrible chronic disease problem. You can get all your protein and nutrients such as iron and calcium from the same places that our largest animals get it – plant based foods such as pulses, whole grains foods (oats, rice), starchy and non starchy veggies and fruits.

Top sports people like tennis player Novak Djokovic, American footballers and basketball players and martial arts fighters thrive on plant based diets. Give it a try – most people say how easy it is and that they feel better quite quickly eating this way – just find a few recipes for dinner, have a breakfast and lunch plan to find out for yourself! 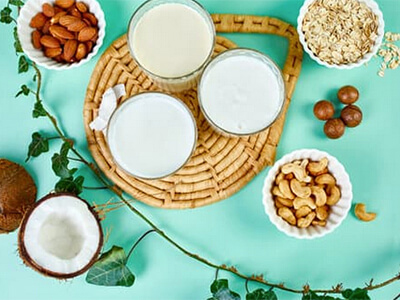