Kaupapa Vegan: The Source of Love Philip (Piripi) McKibbin is a writer of Pākehā and Māori (Ngāi Tahu) descent and a committed vegan. He explains his approach to politics, informed by te ao Māori and veganism, which he refers to as the Politics of Love.

Aotearoa Vegan: What is the Politics of Love?

Philip (Piripi) McKibbin: The Politics of Love is a new vision of politics.

I believe that love can underpin our entire politics — everything from how we eat, to what sorts of decisions our government makes. I think of love as an ‘orientation’. It’s a way of relating to ourselves, each other, non-human animals, and the natural world.

The Politics of Love is values-based politics. As such, it affirms loving values, like compassion, responsibility, and trust. These values can influence how we act individually and collectively; they can guide what we do on a day-to-day basis, and shape the decisions we make together, including public policy.

An example of a loving individual action might be walking or cycling to work, because to do so is to show care for the environment. A loving policy could be the Labour Party’s proposed ban on conversion therapy, which expresses respect and understanding for our Rainbow community.

The Politics of Love has precedents in the everyday acts of kindness we show one another; our interpersonal relationships (for example, our friendships); as well as Indigenous struggle, gender inequality, civil rights, and LGBTQI+ movements.

It insists that everyone belongs and all of us have worth.

How has te ao Māori influenced this vision?

In so many ways! You know, the Politics of Love has a Māori name, which was inspired by a conversation I had with a friend of mine, Jo Pannell. Jo is South African — she isn’t Māori — and her reo is fantastic. She has a deep love for te ao Māori and she’s vegan too! The name I gave it is ‘Te Mātāpuna Aroha’, which refers to the source of love.

The understanding of love – at the centre of this vision – has been strongly influenced by the Māori concept, aroha. When we talk about love in English, we might be talking about any number of things – from the love we have for our companion animals, to the way we feel about the Burgerie’s burgers. Aroha is more encompassing: As well as reaching people, it extends to other animals, the land, our rivers, and so on.

Another thing that is very Māori about the Politics of Love is its focus on values. Defending our culture against colonial assault has meant that we have had to be very clear about who we are and what’s important to us – so we refer to values a lot. We often talk about whānau, manaakitanga, kaitiakitanga, and (of course) aroha. The Politics of Love also has an explicit focus on values, such as courage and listening. I would suggest that certain Māori values, such as whanaungatanga and tiakitanga, can also be thought of as loving values.

When I think about the way the Politics of Love has been developing as a set of ideas, I see Māori influences in that as well. For one thing, it has been collaborative – many people have been involved in thinking through this politics. Also, the way it has been developing hasn’t been linear, but rather spiralling. We have been circling around this kaupapa, bringing new understandings to it, and revising misapprehensions.

Finally, the Politics of Love is very candid in its acknowledgements. In my writing on the Politics of Love, I quote others – bell hooks, Martin Luther King, Jr., and Thich Nhat Hanh, especially! I attempt to acknowledge everyone’s contributions, which is a very Māori way of doing things. There is a whakataukī: “He Māori te mihi; he mihi te Māori”, which (basically) means, “To acknowledge others is integral to being Māori”.

You describe yourself as an ‘animal lover’. What does that mean for you?

I have always loved animals, ever since I was a boy – and I still do!

One of my earliest memories is from when I was four or five. I was crawling around on the kitchen floor with our cat Abbey, while my step-mum was preparing dinner. I remember saying, “I love Abbey. When I grow up, I’m going to marry her”.

Now, the term ‘animal lover’ is highly contentious. Sometimes, animal advocates are called ‘animal lovers’ by other people, as a way to denigrate us and our concerns (which is, of course, one of the ways they avoid attending to their own harmful behaviours). As a result of this, many activists and academics reject this term. They insist that it’s possible to advocate for animals without feeling affection for them. At the same time, there are a lot of people who call themselves ‘animal lovers’ – because they like dogs, for example – even though they still engage in harmful activities, like eating meat and riding horses.

I’ve written about the term ‘animal lover’ with my friend Kim Stallwood, who is an animal rights activist based in the UK.

“We want to transform the label and infuse its meaning with a commitment to animal rights. Love is something that all of us have in common – those who call ourselves ‘animal lovers’, and those of us in the animal rights movement. All of us care about animals, even if we express our love in different ways.”

We argue that advocacy grounded in love is much deeper than advocacy that isn’t. Similarly, when we say ‘being an animal lover means respecting animal rights’, we encourage those who love dogs yet still eat cows to re-think their actions.

Is veganism a part of the Politics of Love?

Yes, I believe veganism is integral to the Politics of Love.

I wouldn’t want to say that non-vegans are incapable of love. I mean, I don’t think any of us were unloving before we went vegan – we were just less skilful in love, right? But I do think love leads us toward veganism, or something like it.

African-American theorist bell hooks argues that love is opposed to domination. She had in mind things like race, sex, and class – but I believe this can be extended to our relationships with non-human animals and the natural world, as well. The Politics of Love, then, is opposed to human supremacy, and speciesism more broadly.

A little while ago I wrote an article with Mexican philosopher and activist Carla Alicia Suárez Félix. Carla lives in Querétaro, and she started the Circle of Antispeciesist Studies. Our article is called ‘Love, Politics, and Veganism’, and one of the arguments we make is that social justice movements like feminism will remain incomplete unless we also interrogate our use and abuse of non-human animals. We think love leads us toward veganism – but there are many factors shaping the way we share our love.

We write:
“The Politics of Love is not blind to the circumstances in which we live our lives. Rather, it is forward-looking, focusing on creating conditions under which we can express love. Unfortunately, many people feel threatened by veganism, because it implies a moral judgment, and because its steadfast opposition to harmful practices is often mistaken for a condemnation of the people who participate in those harms. The Politics of Love does not seek to condemn people, and it is not interested in punishment. Rather, it asks us what we will do now, for love, to make our world a better place for all of those who share it.”

As a Māori vegan, do you believe te ao Māori is moving toward veganism?

Change is happening. I know a lot of Māori who have embraced veganism.

A couple of years ago, I started a project called He Ika Haehae Kupenga, which shared kōrero with Māori, exploring connections between kai, lifestyle, te taiao, hauora, and non-human animals. You can read the kōrero at www.ika.maori.nz.

The people I spoke with were involved in diverse kaupapa; some were vegan, some were vegetarian or reducing their meat and dairy consumption, some were actively revitalising Māori gardening practices, and others were focused on Māori kai sovereignty. I wanted to draw connections between these kaupapa. Of course, I learnt a lot!

Personally, I believe we need to change. We need to let go of some of the old ways of doing things, and reinvigorate other practices that once sustained us, like our traditional gardening methods. We have new insights into the lives of animals – some of which have been developed by Māori thinkers – and we can merge these with mātauranga Māori.

I think there are reasons for optimism. Veganism connects to important Māori cultural values, such as hauora, tiakitanga, and whanaungatanga. Importantly, it also connects to rangatiratanga. Now, rangatiratanga is usually translated as ‘self-determination’; but it’s also about being responsible – to ourselves and to others. Industrial agriculture is inherently exploitative, and we no longer need to kill other animals in order to feed ourselves. How can we keep saying others shouldn’t oppress us when we are dominating others?

I would like to see te ao Māori embracing veganism, but I do think that change has to come from within; it cannot be imposed from without. In my view, non-Māori vegans who say things like, “everyone must go vegan right now” are – through their words and actions – demonstrating that they are ignorant of the history of our country, which has seen non-Māori attempting to impose their own ways of doing things on Māori, in violent ways.

Where can we learn more about the Politics of Love?

I’ve just set up a website for the Politics of Love: www.thepoliticsoflove.com.

I’ve also written a book, Love Notes: for a Politics of Love. It’s published in New York, and only a few bookshops here in Aotearoa stock it. I tend to encourage New Zealanders to order it online, through Book Depository – that’s usually the cheapest option too!

Next year, I’m hoping to travel around the country, giving some public talks on the Politics of Love. If you want to stay updated, please sign up to the e-newsletter on the website.

Here are some basic translations of the te reo Māori words and phrases in this article. The language is rich and deep and many of these concepts are far more complex than space here allows. We recommend using resources like Māori Dictionary (www.maoridictionary.co.nz) and Te Ara: The Encyclopedia of New Zealand (www.teara.govt.nz) to broaden and expand on the definitions here.

Tiakitanga: caring for, looking after (e.g. the natural environment) 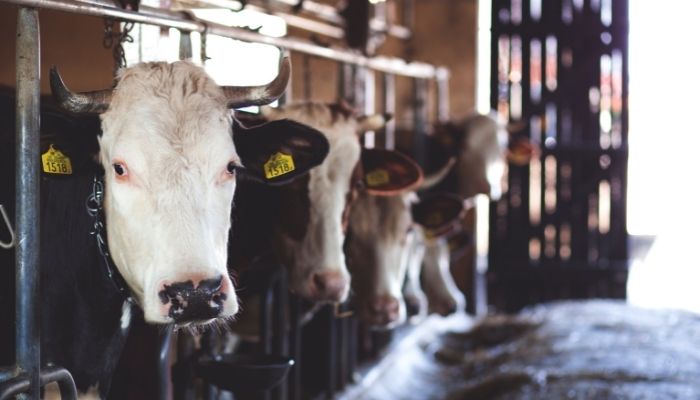 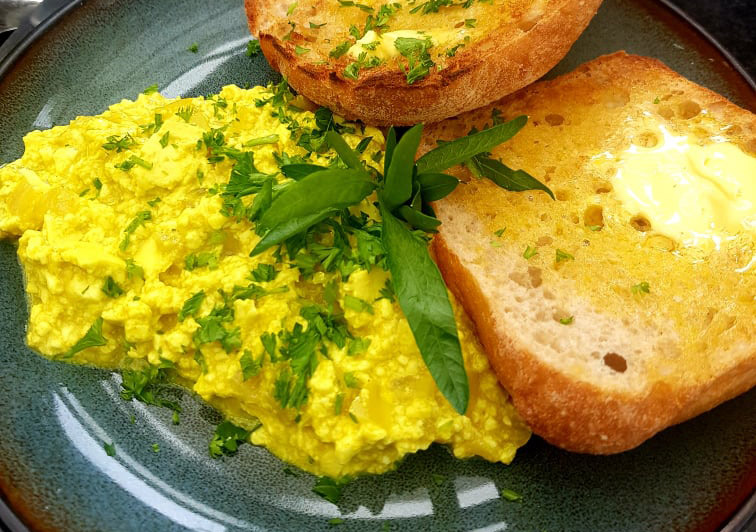 October is Egg Free month! 1 October 2022 The Vegan Society During October we want to focus on putting the chicken before …